The spectrum of eye colors, from brown, to green, to blue, and shades in between, reflects the amount of melanin in the iris of the eyes - blue eyes having the least amount. The melanin content of your eyes depends on the version of the eye color genes you inherited from your ancestors.

Research indicates that the amount of melanin in the iris depends on the activity of two main genes, OCA2 and HERC2, on chromosome 15, as well as on other eye color genes. Understanding the complex genetics of eye color can help you as you research your family's blue-eyed ancestry.

The Copenhagen Study on Mutation of the HERC2 Gene 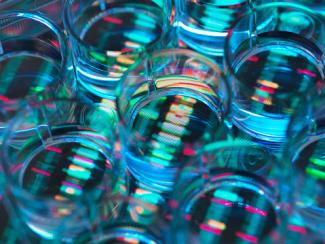 The University of Copenhagen's study found evidence that the inheritance of blue eyes can result from a mutation of the HERC2 gene, which regulates the OCA2 eye color gene. Details of the genetic research, published in Human Genetics in January 2008, include the following:

The researchers explain the study findings as follows:

Brown-eyed people have the normal copy of the HERC2 gene and have the largest amounts of melanin in their irises. People with green and hazel eyes have less melanin than those with brown eyes but more than people with blue eyes.

An Anglo-Celtic Study of the HERC2 Gene 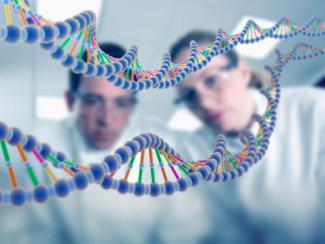 In a February 2008 article in the American Journal of Human Genetics, other researchers reported a study of the HERC2 gene in 3,075 mostly Northern European people of mainly of Anglo-Celtic origin. The results indicated that the substitution of just a single nucleotide in the HERC2 gene was strongly associated with the activity of the OCA2 gene and therefore could predict blue versus brown eye color.

OCA2 is the main gene that determines blue and brown eye color and mutations in this gene can also result in blue eye color. A study on the OCA2 gene, also published in the American Journal of Human Genetics in February, 2007, was conducted by the same researchers of the above Anglo-Celtic study. Genetic analysis was done on almost 3,000 people of the same Northern European, Anglo-Celtic group. The researchers found that mutations in three single nucleotides in a region of OCA2 accounted for most eye color variations.

A study of eye color genetics in 6168 Dutch Europeans was published in March 2009 in Current Biology. The researchers found that a combination of six mutations in the HERC2 and OCA2 genes and four additional genes were strong predictors of blue and brown eye color. The scientists raised the possibility of using this combination of genetic markers in forensic investigations.

Details of DNA analysis of a 7,000-year old skeleton found in Spain in 2006 was published in the journal Nature in March 2014:

Not a Simple Recessive Gene Inheritance

The traditional view on blue eye color is that it is a straightforward recessive gene inheritance, with the "brown eyes gene" dominant. This means you would need two copies each of the mutated HERC2 and OCA2 genes, one from each parent, to have blue eyes. 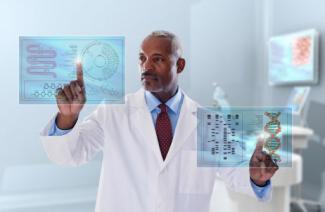 However, blue eye color is a not a simple single gene recessive inheritance because eye color genetics is more complex. According to a 2011 Journal of Human Genetics review, the complexities include:

Therefore, contrary to traditional belief, your brown-eyed ancestor could have descended from two blue-eyed parents. Even if both of your parents have blue eyes, yours could be a different color depending on the combination of eye color genes you inherited from them. Thus, it is also not possible to know for sure that your child will have blue eyes, even if you and your partner do.

Of genealogical interest, the researchers of the Copenhagen study cited above in the first section suggest that the blue-eyes gene mutation originated in the Baltic region northwest of the Black Sea. Descendants migrated from there through Europe and elsewhere: 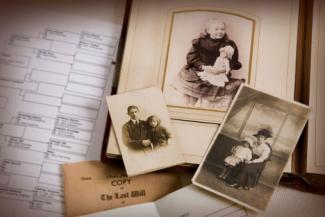 Experts suggest you start building your family tree from yourself and what you already know about living relatives, and work backward through your ancestors. Additional tools to help you gather more family genealogy information and expand your tree include the following:

If you don't know which of your ancestors had blue eyes, look to sources that record eye color such as passports, driver's licenses, and military records including World War I or World War II registration cards. Such records will also have other identifying information.

Genetics testing can help you extend your traditional general genealogy research. The results can help you narrow down where your ancestors originated from and connect you with others who share a common ancestor with you. Commercial companies that do DNA testing include 23andMe, FamilyTreeDNA, and Ancestry.com.

Other online resources can help you further understand and supplement your DNA test results and ancestral groupings, including:

The genetics of blue eyes is complicated but ongoing studies might give you further insights into your genealogy research of your blue-eyed ancestry. Make use of all genealogy tools to compile and verify your information.