If your ancestors came from Italy, learning more about Italian surnames can help give you new insight into your family tree. People first began to use Italian last names in the 1400s.

Italian last names come from the same sources as surnames for other nationalities.

One important feature of Italian last names is that they typically end with a vowel sound. It is also interesting to note that many Italian families have unusually long surnames. Some examples of very long surnames include the following: 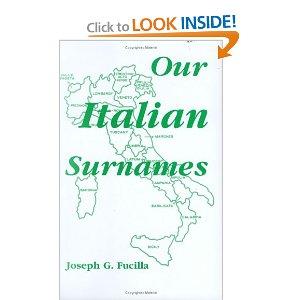 The most common Italian surnames are as follows:

When conducting genealogy research, remember that surname spellings often changed over time. When most of the population was illiterate, surnames were often inadvertently changed in official documents. Later, people made changes when they moved to new areas and wanted to better fit in with their neighbors.

For example, the surname Ponte means bridge and was used to indicate a family that lived near a bridge or come from a place called Ponte. Today, this surname is accepted to have a list of variations that includes the following:

Adamo is an Italian patronymic surname derived from the Hebrew word for man. It has several accepted variations:

Italian surnames have a long history. If you are interested in learning more about your Italian ancestors, you may want to invest in a copy of Our Italian Surnames by Joseph Guerin Fucilla. This genealogy guide provides information on more than 7,500 different Italian last names. In addition, House of Names offers a chance to purchase surname histories and a poster with your family’s coat of arms.